Kathryn:  Hi Kerry, can you talk about whether cakes can be copyrighted?

Kerry:  The answer is no – artistic license is interpretation, and cakes cannot be copyrighted.  Forget all that rubbish!  Everyone is copying everybody.

Very often they don’t even realize they are doing it. Nobody can have possibly seen all the cakes that were done in the world beforehand!  Unfortunately, some new cake designers turn around and claim that their rose petal style or whatever is copyrighted. What’s unique about a rose petal, or how you placed it on a cake?  It may be pretty, but it’s not spectacular.

Unless you know everything that the grand ladies of cake, the trailblazers, have done over the years, you can’t claim an idea as your own.  Chances are it’s already been done before fondant-style cakes even came to the United States; maybe it was done before you were even born. 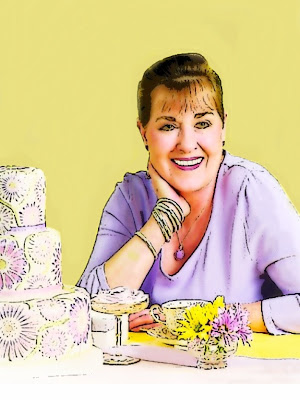 Kathryn:  What kind of situations where new cake decorators claimed techniques/styles as their own have you seen?

Kerry:   Once I heard someone claim on TV that they were the inventor of the frill yet I have a book that was published before they were born with the Garrett frill.  In another instance someone tried to claim a technique that they just didn’t know Colette Peters had first done and published in 1984.

Almost all people begin by copying other people’s cakes.  The problem starts when they start thinking they’re doing something different than anyone else and they can claim it as their own.  Then they bemoan that someone has “stolen their cake.”  It is a load of rubbish.

Kathryn:  There seems to be a lot of blogging about this question at the moment.

Kerry:   Get over it!  Everyone copies everyone – it’s the way of America. There are very few unique ideas in our business.   Motivation for uniqueness should not be driving you.  We live in a very litigious society.   You can’t be inwardly focused in a protectionist mode.

Don’t waste your time complaining on websites that someone else took “your” cake design – you may in fact have taken “your design” from someone else and you’re not even aware of it.  Come back down to earth – it’s cake!  Go back to spending all your time designing.

Kerry:  It takes someone else to point it out to you, that what you are doing has never been done before.  In 1984, Patricia Simmons (author of 4 cake books, who had seen cakes all over Australia and abroad), visited me.  She recognized that what I was doing was a new and unusual technique.  She introduced it to the bi-annual cake conference that year and it was entered into the historical record.

I invented “inlay in sugar,” but I didn't invent “inlay." That technique dates back to the art of the Roman and Greek empires.  I've had two successes that way but even with the Vincent Marquetry, people have knocked that off directly from my book, which is fine, it is a how-to book, but don’t pretend to claim it.

Kathryn:  What changes have you seen in the American cake business?

Kerry:  A few years ago there were 3-4 fondant companies.  When I last counted, there were 35 and it may be higher.  That’s good stuff! It supports employees, families and generates revenue.

Also, we have developed many cable television cake shows.  I am all about the competitor, and supporting their artistic endeavor.  I founded the Oklahoma State Sugar Art Show (and Grand National Wedding Cake Competition) 19 years ago (Note:  it has been featured on Food Network several times). But I won’t support someone who is stealing another person’s technique and claiming it as his or her own. 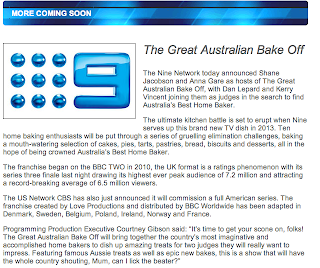 I am thrilled to have announced this week that for the first time ever, a cake artist will be a judge for a mainstream free view network baking show.   My dream is coming true;  this will allow access to millions who cannot pay for cable.   Access will be worldwide, as well. It started in the UK and a US show is being commissioned.


Kathryn:  That’s a fantastic development!   What do you recommend for new cake designers to do, to pursue their dreams?  How should they focus their time?

Kerry:  Refine your art.  Pay your dues and focus on proper execution of skills.  A cake can look very pretty and doesn't need to be “copyrighted.” Work damned hard and don’t take shortcuts and you will become successful.

You should also investigate how your business set-up will work (financially) or you may go bust before you even get it off the ground.  Just because your family believes you are the world’s greatest baker doesn't qualify you as a great cake artist (who can attract a paying customer base).   Get out there and do something new!  The flavor of the month will only stay that for that month.  You have to keep striving. 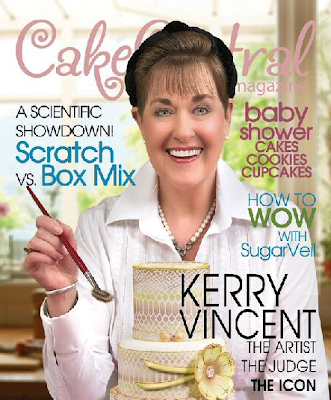 
Want to Learn More About Our Services? Visit us and learn more at
www.foodstartuphelp.com